Biomimicry is simple a solution to all of our problems and without asking anything complex and hard. What science is doing now, is that it is going to the extent of our world that we lived in and searching for a solution. According to biomimicry, the solution of a problem doesn’t always have to be hard and technical it can be smart and small which can help you. The simplest thing can change the world as the need to just make our observations reach at that level. In simple words, they want to use nature, animals and plant teaching to get a simple solution for our hard problems.

Which is right if you see we lived on this earth for such a long period of time, while nature and animals are living her since millions of years ago and they survived very well in every kind of situation. They survived the volcanoes they survived earth getting separated they survived the Ice age. Everything comes and goes wrong but they kept on surviving and adapting and they still do that. There must have been a reason that it was so beneficial for them to survive. The scientist are using biomimicry just to take care of that solution that they needed.

An example can be taken is that once when Japan started making bullet trains at the start. They were in a shape where when that trains with that fast speed went through a tunnel it would have made a huge impact. They got a sound of boom that was hearable even from a quite good far distance. Which also made the train shatters from the pressure of the train. So what they did they use the same thing Biomimicry what they did they observed nature. Then they found a way by observing the kingfisher birds what they taught them was amazingly knowledgeable and get rid of the problem. As you may have seen kingfisher when is diving into the water to catch the prey and get the food it doesn’t make much splash and easily goes in. That happens because of its beak shape that breaks the wind easily without stopping it’s speed and cut through the wind. That thing they adapt too and when they did make the front of the bullet train like that it didn’t make any boom sound. The train didn’t splatter and didn’t get any damage at all, and the speed was not stopped too and it was really nice. Then 500 series of trains were made and they got faster up to 10 percent than the previous trains. Just because of that bird idea so Biomimicry changed the life of our world by giving us a better way to be On a bullet train.

Another one that used the Biomimicry was in Olympic, we have seen shark even being so big they can swim so fast, right? Because of their skin and how their gills and scales are made. Which let it go through water seamlessly without any problem. So they used the copy of the sharkskin in their suit and when they did it was really amazing the result was something that would blow people’s minds 98 per of swimmers to win any medals in that season of Olympic has been wearing that sharkskin suit. So another great example of Biomimicry used in the world to get a great result. 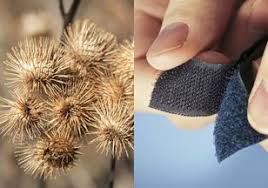 Organism level biomimetics: This is where you replicate the shape of organisms to get a product. Remember those Burrs kind of things that have hooks and whenever your dog would go into the wild he would have them stuck in his hair. While you try to remove them it gets super shard to remove. The same idea was used to invent the velcros, the strap kind of thing that has hooks on one side while the other side it’s all bushy with the plastic threads. They work just like your dog hairs and those Burrs that don’t get away easily. This is being used in huge mass all over the world now.

Behaviour-level Biomimetics: It does what sounds like it replicate or copy the behaviour of an organism to solve the problems. You must have noticed that lotus is a water plant how it is floating and is water repellent. The leaves are taken an example while making a lot of water repellent technology and solution.

Ecosystem-level Biomimetics: It is getting a solution to the whole ecosystem and its elements. A great example of this is the Eastgate Center In Zimbabwe. Which is made through replicating the termite molds. So it can maintain the temperature.